There are many cosmological hydrodynamical simulations which are continually improving in terms of their volume, resolution, and physical modeling. Here we maintain a database of these numerical projects, along with their key characteristics for comparison. We also provide references and links to the figures and publications where a number of common galaxy population statistics and scaling relations have been presented. The availability of public data, or not, is noted.

We include simulations which have been evolved to $z \sim 0$, as opposed to those which stop substantially earlier, such as reionization projects. We also restrict this list to "full-box" periodic volumes, and not smaller zoom samples, as well as simulations with a reasonably high resolution such that galaxies can be studied ($M_{\rm DM} \lesssim 10^8 M_\odot$).

Since all simulations below broadly aim to reproduce the diversity of the galaxy population, they typically include models for star formation, stellar evolution and heavy element production, radiative (metal) cooling, stellar feedback, and supermassive black hole feedback. The details and sophistication of these models differ between simulations, as do their results and outcomes.

Please email Dylan Nelson with any updates, additions, or corrections.

Data like above has been combined to produce various comparison figures, and several are collected here.

(1) The Nelson et al. (2019) comparison of cosmological volumes and zooms, in terms of mass resolution and galaxy number statistics:

(2) A comparison of spatial resolution, in terms of the total volume (y-axis) simulated at a given resolution $\Delta x$ or better (x-axis). Periodic boxes (solid) are compared against individual zooms and CGM-refined zooms (dotted) and idealized small-scale simulations (dashed): 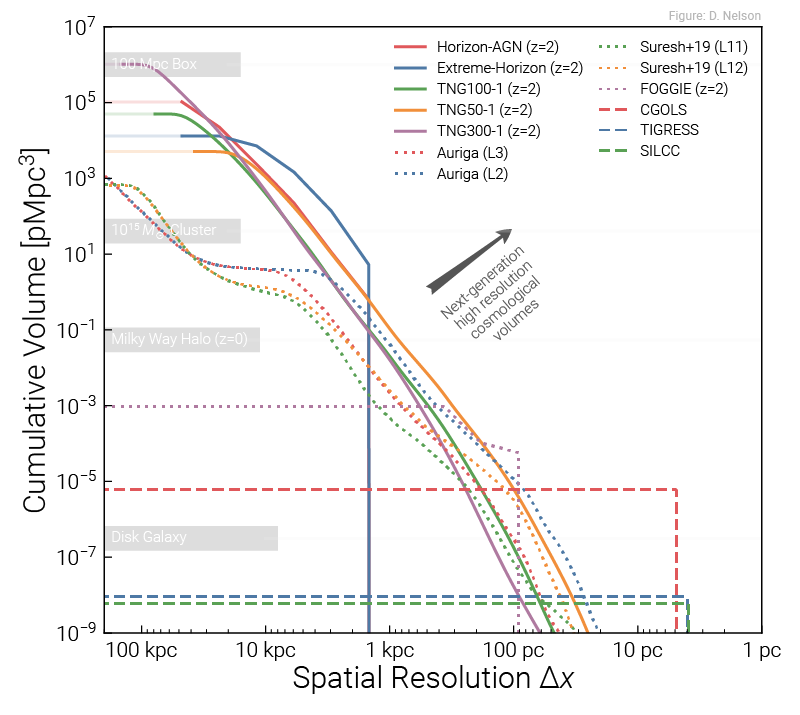 (3) The Genel et al. (2014) comparison of cosmological hydrodynamical simulations, in terms of the total number of resolution elements (particles), versus year: 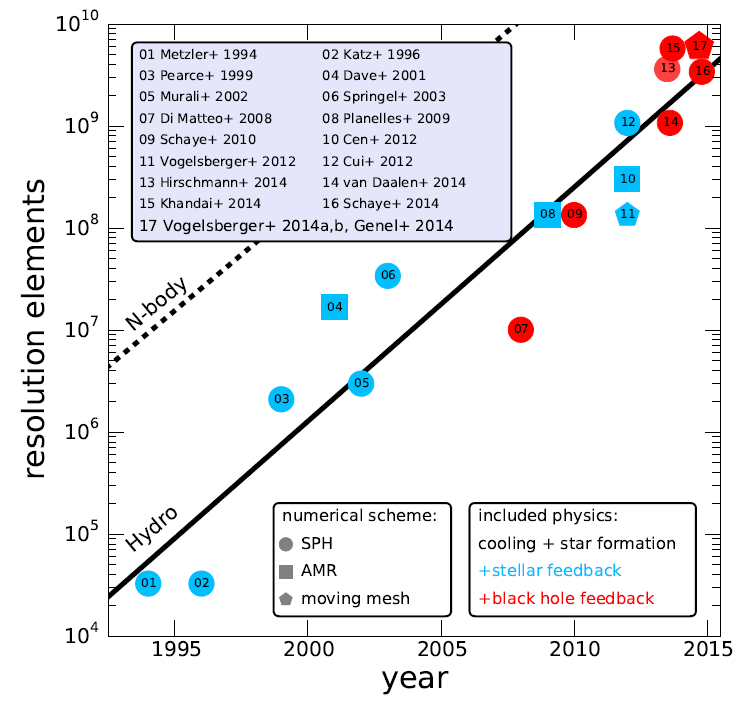