Just a naive question. I'm trying to quantify the baryonic effects on WL statistics. But what confuse me a lot is the mass of blackhole. From the TNG snapshot, I found two different ‘mass’ for BH particles, the ‘BH_Mass’ and ‘Masses’. In my opinion, I should use the 'Masses' of blackhole, which includes the gas reservoir, to do the multiple-lens-plane ray-tracing. However, the ‘Masses’ of blackhole is too big, where the maximum is greater than 10^14 M⊙/h and over my head. If I do raytracing this way the result is strange. There are large difference between my power spectrum with others. So my question is that whether I should use the BH_Mass to represent the mass of the BH particles in snapshot when I do the raytracing?

Thanks a lot in advance,

I admit I am not entirely sure where SMBH mass comes into WL statistics - everywhere except in the very central kpc of galaxy nuclei, the SMBH mass is negligible compared to other components.

I would suggest plotting PartType5/Masses versus halo mass, and PartType5/BH_Mass versus halo mass, to get an intuitive sense of how these two differ. While the "actual" SMBH mass is given by BH_Mass, i.e. for comparison against a BH mass function or M_BH-M* relation, the Masses gives the total dynamical mass of the particle, which may be better for a lensing calculation. But the difference should be always small for SMBHs which are not near the seed mass. 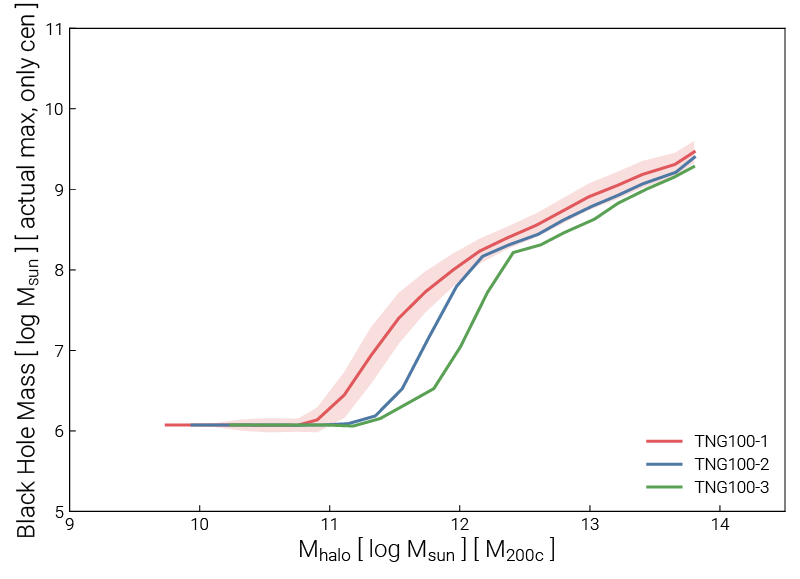 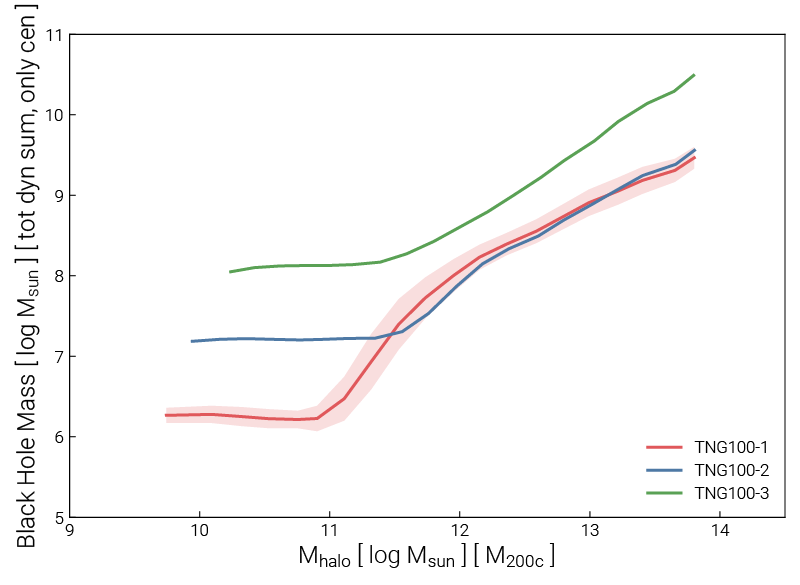 Thanks a lot for your reply and I will check the unit conversion in my code.

I check the unit of blackhole with your code, the illustris_python, but result remains the same. The snapshot I use is from TNG300-3, and the redshif z=0. In the figure we can see that the maximum of blackhole 'Masses' is 22679.809, in units of 10^10 Msun which I found in the Data Specifications. I wonder what went wrong and look forward to your reply.

Ideally you would use TNG300-1 for your calculations. The resolution of TNG300-3 is so poor that we would, in practice, never use it for science.